Design of modern control systems involves the analysis and synthesis of feedback controllers at multiple levels of abstraction, from fast feedback loops around actuators and subsystems, to higher level decision-making logic in supervisory controllers and autonomous systems. One of the major challenges in design of complex networked control systems – such as those arising in aerospace, computing, robotics, critical infrastructure and manufacturing systems, to name a few – is insuring that the combination of dynamical behavior and logical decision-making satisfy detailed safety and performance specifications. In many of these areas, verification and validation are now dominant drivers of schedule and cost, and the tools available for design of such systems are falling behind the needs of systems and control engineers, particularly in the area of systematic design of the mixed continuous and discrete control laws for networked systems.

This talk focuses on work over the last 10 years by a variety of groups interested in rigorous specification and systematic synthesis of decision-making logic for hybrid systems. Decision-making logic in these systems is responsible for selecting modes of operation for the underlying (continuous) control system, reacting to external events and failures in the system, and insuring that the overall control system is satisfying safety and performance specifications. Tools from computer science, such as model-checking and logic synthesis, combined with design patterns from feedback control theory provide new approaches to solving these problems. A major shift is the move from “design then verify” to “specify then synthesize” approaches to controller design that allow simultaneous synthesis of high-performance, robust control laws and correct-by-construction decision-making logic. This talk will provide an overview of the relevant theory and recent results with application to safety-critical systems.

Richard M. Murray received the B.S. degree in Electrical Engineering from California Institute of Technology in 1985 and the M.S. and Ph.D. degrees in Electrical Engineering and Computer Sciences from the University of California, Berkeley, in 1988 and 1991, respectively. He is currently the Thomas E. and Doris Everhart Professor of Control and Dynamical Systems and Bioengineering at Caltech. Murray’s research is in the application of feedback and control to networked systems, with applications in autonomy and synthetic biology. Current projects include specification, verification and synthesis of networked control systems; analysis and design biomolecular feedback circuits; and novel architectures for control using slow computing. 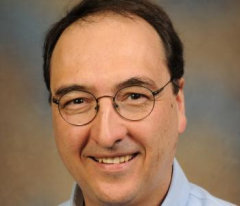