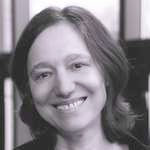 Dr. Zena M. Ariola is a Professor in the Department of Computer and Information Science at the University of Oregon. Ariola received the Laurea degree summa cum laude in Informatics from the University of Pisa in 1980. She received the Ph.D. degree in Computer Science from Harvard University in 1992.From 1981 to 1986, Ariola worked at the Olivetti corporation in Pisa, Italy. She also worked as a consultant on the Ada language for the SPL Corporation in Abingdon, United Kindom, and for the General System Group (GSG) in Salem, NH. In 1992, Ariola joined the faculty at Oregon. She also had visiting positions at the Centre for Mathematics and Computer Science (CWI) and Vrije Universiteit in Amsterdam, The Netherlands. Dr. Ariola was awarded the NSF Research Initiation Award in 1994 and the NSF Career award in 1996. She was promoted to Full Professor in 2006.