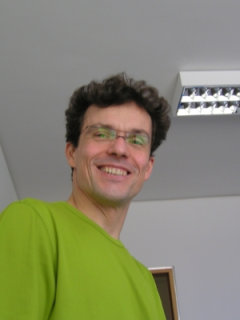 Torsten Schaub received his diploma and dissertation in informatics in 1990 and 1992, respectively, from the Technical University of Darmstadt, Germany, and his habilitation in informatics in 1995 from the University of Rennes I, France. From 1990 to 1993 he was a research assistant at the Technical University at Darmstadt. From 1993 to 1995, he was a research associate at IRISA/INRIA at Rennes. In 1995 he became University Professor at the University of Angers. Since 1997, he is University Professor for knowledge processing and information systems at the University of Potsdam. In 1999, he became Adjunct Professor at the School of Computing Science at Simon Fraser University, Canada; and since 2006 he is also an Adjunct Professor in the Institute for Integrated and Intelligent Systems at Griffith University, Australia. Since 2014, Torsten Schaub holds an Inria International Chair at Inria Rennes - Bretagne Atlantique. Torsten Schaub has become a fellow of ECCAI in 2012. In 2014 he was elected President of the Association of Logic Programming. He served as program (co-)chair of LPNMR’09, ICLP’10, and ECAI’14. The research interests of Torsten Schaub range from the theoretic foundations to the practical implementation of reasoning from incomplete, inconsistent, and evolving information. His current research focus lies on Answer set programming and materializes at potassco.sourceforge.net, the home of the open source project Potassco bundling software for Answer Set Programming developed at the University of Potsdam.