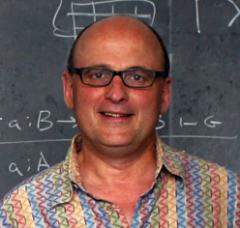 Robert Harper is a professor in the Computer Science Department at Carnegie Mellon University, where he has been a member of faculty since 1988. His main research interest is in the application of type theory to the design and implementation of programming languages and to the development of systems for mechanization of mathematics. Robert Harper is a recipient of the Allen Newell Medal for Research Excellence and the Herbert A. Simon Award for Teaching Excellence at Carnegie Mellon, and is an ACM Fellow.