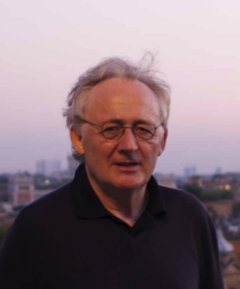 Patrick Cousot is Professor of Computer Science. He was appointed, in France at the École Normale Supérieure (ENS, 1991), Paris, France where he is Director of the Computer Science educational activities and leads the research on abstract interpretation and semantics (ENS-CNRS-INRIA joint project team “Abstraction”); the École Polytechnique (X, 1984-1997), where he developped the educational activities in Computer Science and created and headed the research laboratory (LIX) and the University of Metz (1979-1984). He was appointed, in the US, at New York University (NYU, 2008); the Massachusetts Institute of Technology (MIT, 2005) as J. C. Hunsaker Distinguished Visiting Professor. Before, Patrick Cousot was Research Scientist at the French National Center for Scientific Research (CNRS, 1974-1979), at the University of Grenoble. Patrick Cousot is Engineer from École des Mines of Nancy (1971), Doctor Engineer (PhD) in Computer Science (1974) and Doctor ès Sciences in Mathematics (1978) from the University of Grenoble. Patrick Cousot is the inventor with Radhia Cousot, of Abstract Interpretation (1975). Abstract interpretation is a theory of sound approximation of mathematical structures, in particular those involved in the behavior of computer systems. It allows the systematic derivation of sound methods and algorithms for approximating undecidable or highly complex problems in various areas of computer science (semantics, verification and proof, model-checking, static analysis, program transformation and optimization, typing, software steganography, etc.). Its current main industrial application is on the safety and security of complex hardware and software computer systems. Patrick Cousot was named Chevalier (knight) in the Ordre des Palmes académiques (1990) and in the Ordre National du Mérite (1993). He was awarded the Silver Medal of the CNRS (1999), an honorary doctorate from the Fakultät Mathematik und Informatik of the Universität des Saarlandes (2001), the Grand Prix of Computer Science and its Applications of the EADS Corporate Research Foundation attributed by the French Academy of Sciences (2006) and a Humboldt Research Award (2008). He is Member of the Academia Europaea (2006).