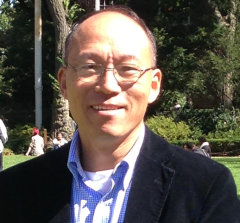 I am a professor of Computer and Information Science at Brooklyn College and Graduate Center of the City University of New York. I received a BS degree in Computer Science from Nanjing University, China, in 1984, and MS and PhD degrees in Computer Science and Engineering from Kyushu University, Japan, in 1988 and 1991, respectively. Before joining Brooklyn College, I was an associate professor at Kyushu Institute of Technology from 1991-1999. I had visiting positions at Yale University (1997), University of Alberta (1998), Tokyo Institute of Technology (2002), and Monash Univeristy/the University of Melbourne (2005).