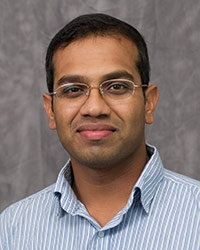 Mayur Naik is an Assistant Professor in Computer Science at Georgia Tech since 2011. His research area is programming languages and software engineering, with an emphasis on program analysis techniques and systems for improving software quality and programmer productivity, especially on modern computing platforms such as parallel, mobile, and cloud computing. He has contributed to the foundations of diverse program analysis techniques including type systems, dataflow analysis, model checking, dynamic analysis, and their combinations. He has developed systems based on these techniques to aid in software testing, debugging, optimization, and verification that are widely used in academia and industry. He is a recipient of a PLDI Distinguished Paper Award (2014), an NSF CAREER award (2013), a Google Faculty Research Award (2011), and two ACM SIGSOFT Distinguished Paper Awards (FSE 2015 and ICSE 2009). He holds a Ph.D. in Computer Science from Stanford University (2008) and was a research scientist at Intel Labs, Berkeley from 2008 to 2011.