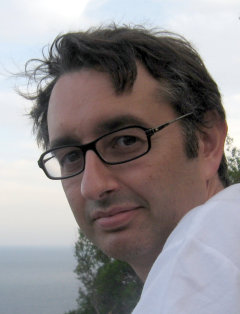 Javier Esparza holds the Chair for Foundations of Software Reliability and Theoretical Computer Science at the Technische Universität München since 2007. Previously he held the Chair of Software Reliability and Security at the University of Stuttgart (2003-2007), the Chair of Theoretical Computer Science at the University of Edinburgh (2001-2003), and worked as Associate Professor at the Technische Universität München (1994-2001). He has co-authored a book on Free Choice Petri nets with Jörg Desel, and a book on the unfolding approach to Model Checking with Keijo Heljanko. He has published over 140 scientific papers in the fields of automatic program verification, program analysis, concurrency theory, and automata theory. Javier Esparza has contributed to the theory Petri nets, and was one of the initiators of the unfolding approach to model checking, the automata-theoretic approach to software model checking, and the verification of infinite-state systems. More recently he has conducted research on the fundamentals of program analysis and the verification of parametrized and stochastic systems. His group has developed several verification tools, including Moped and jMoped and Rabinizer. Javier Esparza received a honorary doctorate in Informatics from the Masaryk University of Brno in 2009 and is member of Academia Europaea since 2011.