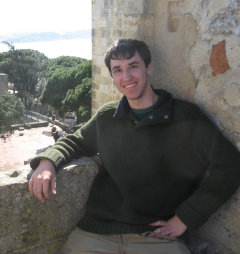 Daniel Winograd-Cort works as a postdoc in computer science with Benjamin Pierce at the University of Pennsylvania. He earned his undergraduate degree from Brown University in 2008 and his PhD from Yale University in 2015.

Daniel’s main interests lie in programming languages, although he often thinks about other random problems when they’re particularly interesting.